Why I decided to wait...

...until I was done writing my book to tell everyone.

Here’s the deal folks, in order to become a writer you have to do one thing above all: Write.
When I first started writing, I didn’t tell a SOUL what I was about to do. And in the end I think it helped me. It helped me to discover that writing could be a passion of mine, that I do it to tell stories, bring characters alive, to go on adventures. Even now only a select few know that I have written a novel. (And thank you guys for all your help and feedback!)

You see, it’s not so much that I didn’t want anyone to know, it’s just that I believe that if you start telling someone you are going to write a book, then writing itself becomes a chore. If you tell someone, then it becomes an expectation. It’s a trap I think many writers fall into. And if writing becomes a chore more than a passion, then they don’t write. And in order to become a writer, you have to write. In order to get good at writing, you have to write. Notice a pattern here?

Now I’m not saying that all of this is fact. It is just what I believe and it’s the realization that I’ve come to as to why I never told anyone. If writing becomes a chore, then you give up before it can become a passion.

For the longest time I was afraid to tell anyone. But now I think I can confidently say: I am a writer.
Posted by CaseyO139 at 3/27/2012 No comments:

Email ThisBlogThis!Share to TwitterShare to FacebookShare to Pinterest
Labels: A first time for everything, On writing 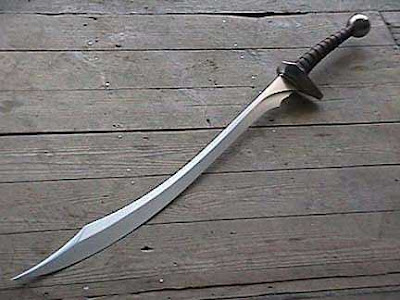 It usually strikes at the worst times. Early in the morning when I can't sleep, or late at night before falling asleep. When I wake up and try to go back to sleep. (Notice a pattern here?) Now, late night writing sessions aren't unusual. It's when I get most of my writing done, even into the wee hours of the morning when all the world's asleep and there is no one to disturb me. But it's those times when I just want to switch off, that I just casually start to think about a scene, or a character, etc. that ideas come flooding in. Dialogue starts to form. Actions play out. Introspection is realized. I try to tell myself that I'll remember it tomorrow, or when the time comes for me to actually write the scene. However, I know that's not the case. I will forget.

This is why I keep a notebook and a pen next to me in bed. My sheets are filled with ink stains. (Finally got rid of that pen.) I now have several notebooks filled with scenes and ideas and late night scribble that I can't decipher.

Email ThisBlogThis!Share to TwitterShare to FacebookShare to Pinterest
Labels: I do wash my sheets, in the end it always is, just wanted to cleat THAT up, Maybe it'll be worth it, one book down...

... when I read the same paragraph or sentence over and over again, and when I get to the end, I still don't know what I just read. Distracted reading is bad reading.
Posted by CaseyO139 at 3/02/2012 No comments: